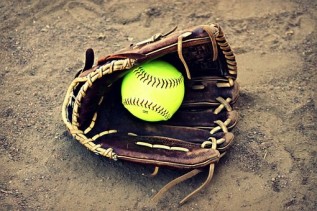 It was the morning of a long-anticipated day. The sun is blazing, the birds are chirping, and fresh dew collected on the neatly trimmed grass clippings. It’s the perfect day to get absolutely mauled by those with much more skill than I ever dreamed of possessing.

In late May of this year, I had the privilege of stepping back onto a baseball field with some dear friends. I hadn’t been back to my hometown in almost ten years, but a special occasion brought me back. The place I called home for many years had seen some misfortune and the recreation department was but a shadow of its former self. I, as well as a team of alumni who once played there, decided to do something about it.

Thus, the “Return to your Roots” Softball Tournament was born. However, when I decided to put on this tournament of four teams, I had no idea what exactly I was in for.

The first game was the best. This rag-tag team of “has beens” and “never was” was stomped into the ground. We only had three players on our team who played softball on a regular basis, but even they weren’t enough to save us from the paddling we received. (I think my rear end is still sore, and as I write this, four days have passed.)

Since the cat-like reflexes of my youth have slowed to the speed of dripping molasses on a winter day in Alaska, I played catcher. It was the safest position for one of my caliber. However, even there I forgot the catcher must throw the ball back to the pitcher. The next day, I had no arm. It had abandoned me for abusing it. Even now, have no idea where it is.

Anyway, we were beat. Bad. 22-2. Our only saving grace was two of the three regular players on our team dropped a couple balls over the fence for a nice home run. But the game was on and our Little League team paid the price for wanting to get back together for some fun.

However, it wasn’t over. We still had to lose once more before we were out. In the interim, I enjoyed slinging a few balls at the dunk tank and grabbed a delicious hotdog from the concession. By the way, concession food is the best food ever. A chili cheese dog dripping with ketchup, mustard, mayo and some onions – CAN’T. BE. BEAT.… 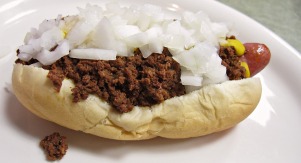 So, now what? Well, the best part of the day…Home Run Derby.

If you have never watched a group of grown men drop bombs over a 300+ foot fence, you are in for a treat. It is a feat to behold. Once the ball leaves the bat, it’s as if it was just shot into the atmosphere. Mind you, we damaged some cars – well, they damaged some cars. I made myself look stupid. (But the money was for a good cause.)

When it was all over with, we collected a good amount for the recreation, we got together as old friends, and got royally handled by the other teams. I don’t know if we will do another, but I know it is a memory I will always hold dear. Good friends, good food, and a lesson in humility – an equation for a good day.

One thought on “Returning to my Roots”