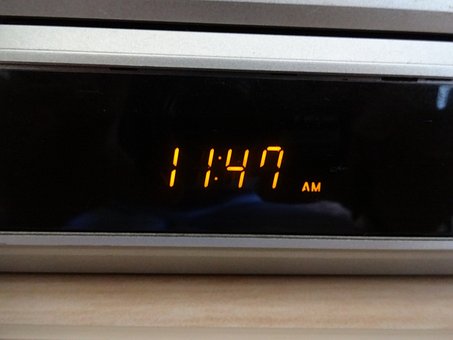 It’s a typical morning, but instead of waking up to the sound of your blaring alarm clock, nothing but your willpower brings you back from a good night’s rest. Your sleepy eyes awaken and after taking a glance at your alarm clock you realize the power is out. The bright screen of your phone, which has maintained its glimmer of life, proves you are late for work.

Scrambling, you jump out of bed and get dressed. You quickly brush your teeth and run your fingers through your hair to make it half-way presentable. Snag your keys and you’re out the door and in your car.

The apparent storm from the night before has knocked down trees everywhere and it’s a wonder you never got a call canceling work–good chance the building doesn’t have power either. Arriving, you find things are just like normal other than their lack of power as well. Luckily, the backup generators were powering the building about an hour after you started your shift.

Suddenly, an emergency broadcast from the President streams out over the television, the mp3 players, your phones; any device that can be hacked is now streaming directly from Washington.

“My fellow Americans, I bring you a message from Washington regarding the safety of us all. The terrorist threat is no longer the looming shadow that hovers over our livelihood. Now, a new threat has appeared and its one that we will have to combat with deadly force and resilience. Recent reports have flooded in from Oklahoma, Wisconsin, and Mississippi–corpses are returning to life. No, this isn’t a prank and not one of the Walking Dead comics. This is real and so is the threat. Zombies have begun growing in numbers. The military is already taken action and scientists are working around the clock to determine a cure for this plague. Marshall Law has been instated and we ask that everyone remain in their homes for your safety.

Certain teams are being deployed to help combat the threat and to educate you and your family on how to defend yourselves from this new evolved threat. Please remain calm. America hasn’t fallen to any hostile enemy, and this shall be no different. God bless you, and God bless America.”

Somehow you have survived. However, the nation is in turmoil. The government has fallen and what part of the military that wasn’t turned into zombies, abandoned their posts to protect their own families. But, how have you made it this long? Power is out everywhere. Cars no longer run. Everything has returned to the middle ages. What has kept you alive? A blacksmith…. 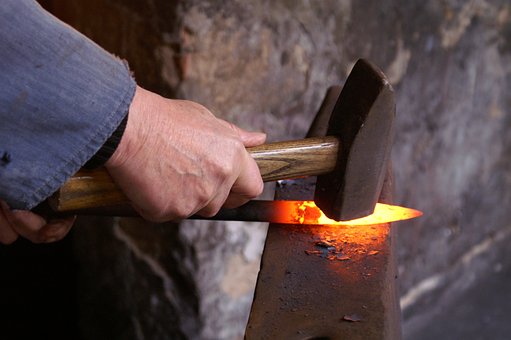 So, about a year ago, I began a new hobby where I took up the hammer and anvil. Inspired by a combination of “Forged in Fire,” a television show that brought blacksmiths, bladesmiths, and farriers come together in an epic weapons-forging competition, as well as my uncle, who had already taken up the mantle, I too joined in on all the forging action. I watched, like a child at Willy Wonka’s factory, as my uncle took a piece of glowing yellow metal from his homemade forge and slammed that hammer down. The satisfying sound of each hammer blow only sparked my intrigue that much more. After giving me a chance to scratch my itch, I jumped in full force.

Within the next few months, I began building my own forge, acquiring my anvil, and building a shop from my garage. At first, I was only interested in making knives. However, I soon found the other side to blacksmithing and I was hooked, pun intended.

From “J” hooks to scrolls, key chain holders to necklace charms, I wanted to make them all. And I did, well, somewhat. My forge was made from wood–an easy enough thing to do if done right, and it has been going strong ever since. My anvil is nearly three hundred years old, based on the design, and the stump it sits on is a nearly one-hundred-year-old white oak.

But what does all of this have to do with surviving the zombie apocalypse? Well, when electricity is gone and millions of people are now walking, flesh-eating, zombies and all the ammo in the world has either been used or no longer obtainable because the region is flooded with the undead, a man who can take some wood, dirt, hammer, and a piece of metal and turn it into a long, pointy stabby-stab to penetrate that rotten zombie brain, is exactly what you need. 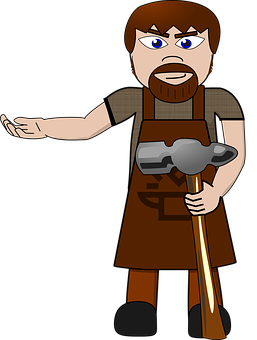 You need a stabber? I can forge a strong point that won’t break. Need a blade? I can forge semi-symmetrical bevels that won’t require a lot of sharpening. Need a set of utensils? I can forge a knife, fork, and spoon to get you through. You need a plate, or a bowl, I can accommodate. A blacksmith is a man or woman of all trades. He/she has worked with the most primitive tools to create things needed. We have a deep understanding of metallurgy and how it relates to fire. Not to mention, our basic instinct is to swing a hammer – which is a weapon.

When your chips are down and the world is ending, find yourself a blacksmith. There may not be a lot of us anymore, but I can about guarantee, there will be more of us left when the “fit hits the shan” than there are of others.